Archive
Return to Index Read Responses
1966 Dodge Monaco 500 Hemi Fastback, an actual product program that was cancelled before production began... *LINK* *PIC*
In Response To: We need a distraction!!! Let's start a chain of Mopar C-body models....here are a few of mine...please join in with yours....TIM *LINK* *PIC* ()

This model replicates an actual Dodge product program that was cancelled prior to the 1966 production cycle. The program included development of the 426 Street Hemi for a limited run of 1966 Dodge Monaco 500 and Chrysler 300 two door hardtops. The Monaco was also supposed to adopt the different two-door hardtop roof stamping that debuted on the 1966 Chrysler 300.

I kitbashed model into that form, and in doing so, left some of the inaccuracies in the MPC 1966 Monaco 500, which probably represents the car in its initial design intent (for example, not the non-production fendertop/beltline moldings.

The paint is 1966 Code FF-1 Light Green Metallic, paired with a "Citron Gold" colored interior, a 1966 Mopar trim color that was not a compatible offering according to the Dodge Color and Materials Trim Showroom Brochure.

The model was just updated this year with the Blue-Line tires that were found on a number of factory-produced 1966 Mopar Hemi-equipped B-bodies, mounted on (of course) Cragar S/S mags.(And yes, those blue lines are a little too bright!. Oh well////) 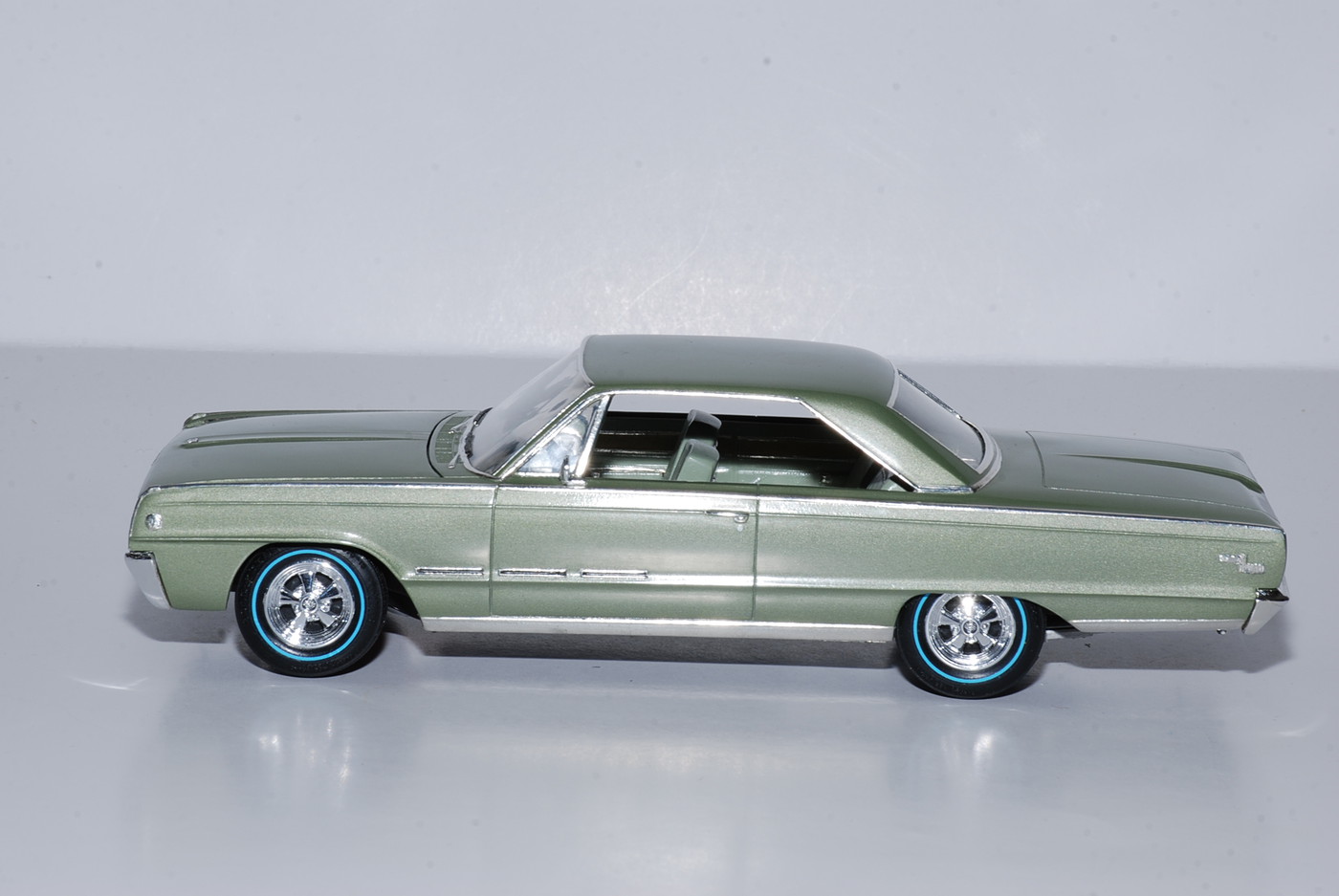