Those of us who participated in the MPC National Customizing Championship from 1969-79 will remember Tim Slesak, both as a competitor and later on, a judge and contest booth director. Those who attended Chuck Helppie's NNL Nats #40 Reunion banquet a year ago this weekend will also remember Tim's letter about the MPC series that Chuck read to the assembled throng after dinner.

Well....TIm and his wife have settled in Vermont, and Tim is back building some incredible models. He recently sent me the link to his Fotki album, and gave me permission to post some images here. Thiis one is a taste of his talents, building primarily brass 1/25th scale models that are right up there with the best of Richard Carroll and Dave Berry from back in the day.

I'll be posting more soon but for today, here's one photo of my favorite from his new album....TIM 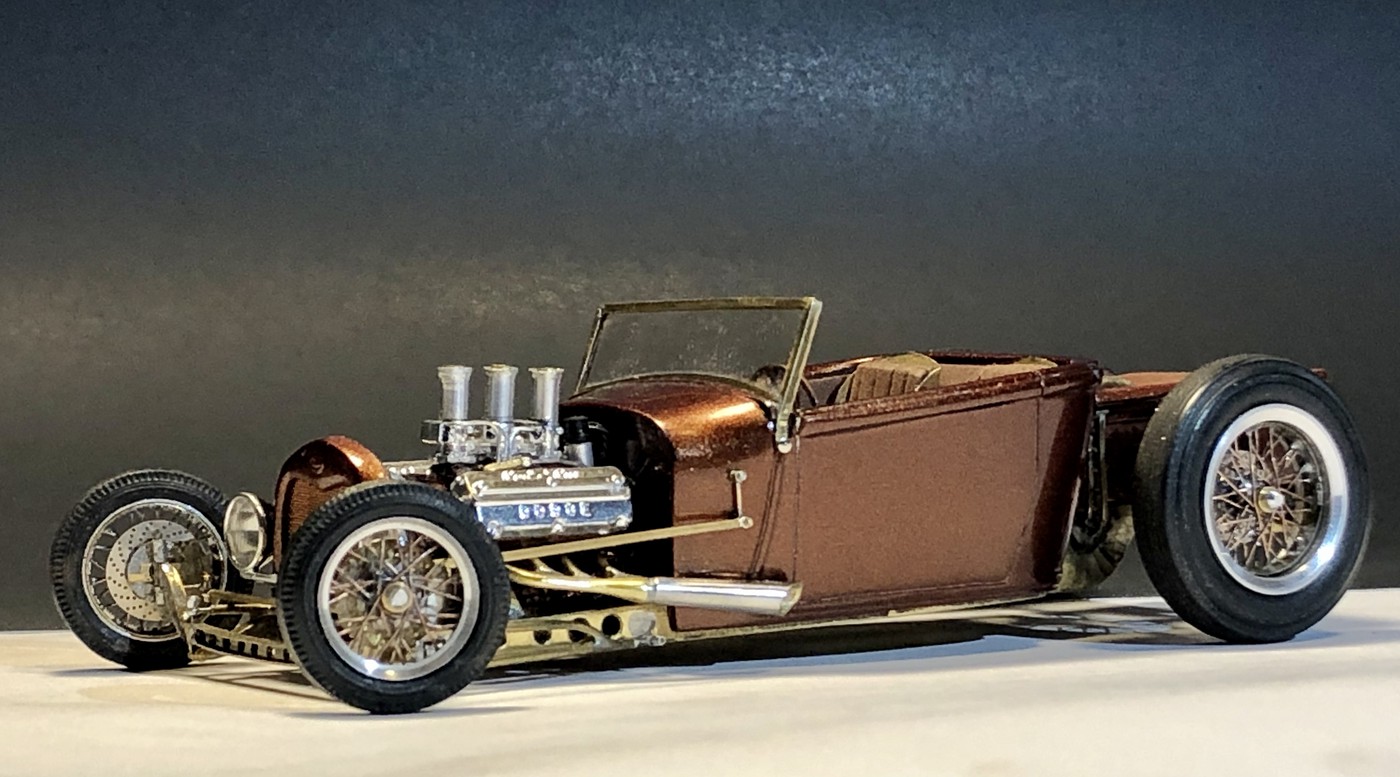