I've been tinkering with some of the '70/'72 cab parts and the built chassis from a Revell '66 I have.
Check out the fit after just clipping a bit off the front of the frame rails. Looks like they were made for each other. Even the engine is right where it should be.
You could just build it like this or address the inaccurate inner fenders. Either way, it's an easy swap. I'll be doing something with those inner fenders.
I've already started cleaning up the old body and doing some filler work. 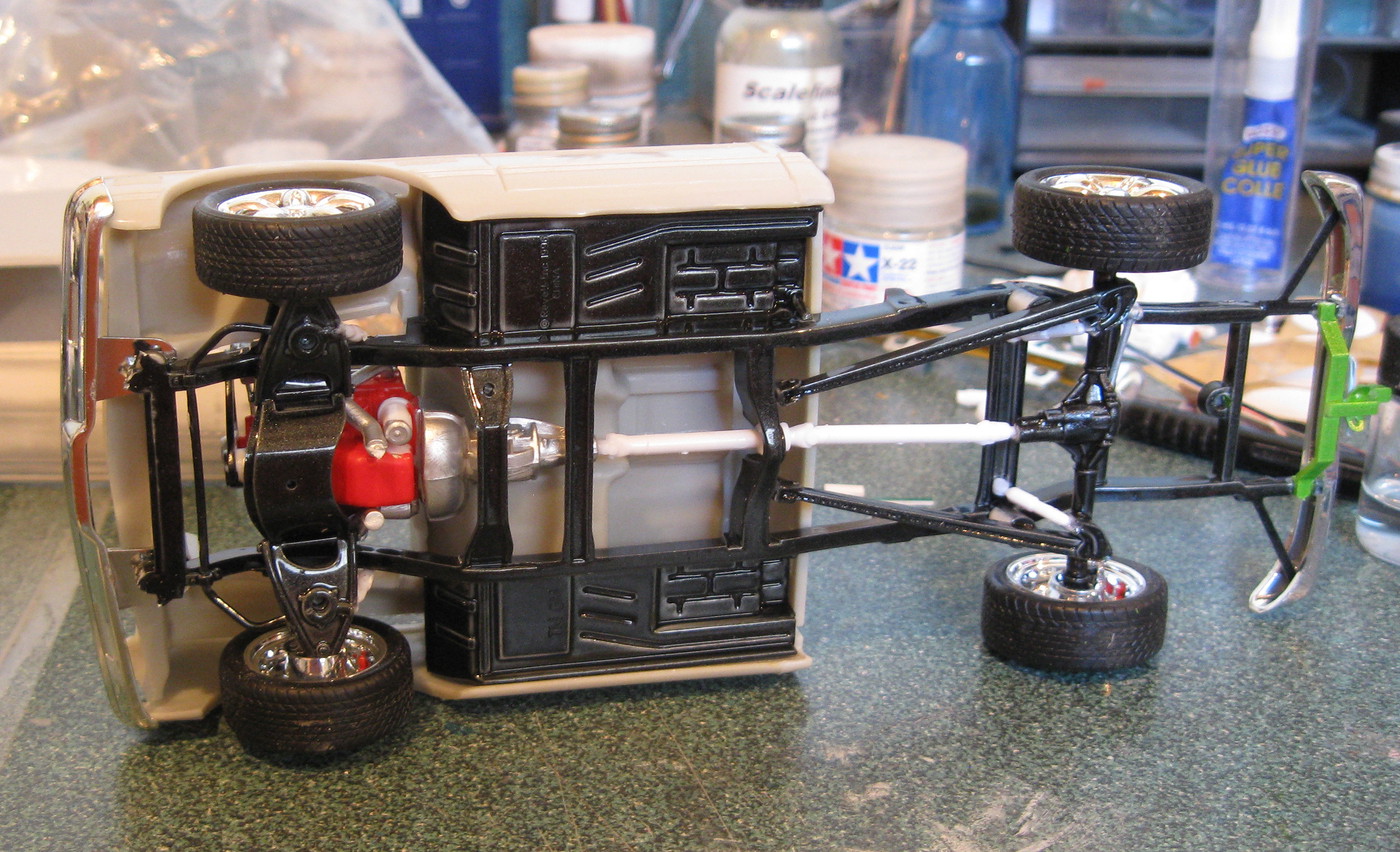 Opened up the grille from an AMT Blazer and removed it from it's surround.
I'll grind out the existing grille from the MPC part and swap this one in. It looks better to me but I may swap the bow-ties as the MPC one looks better proportioned. I'm using the back fenders from an AMT '72 GMC stepside. They've always looked a bit narrow to me.. Doing the math, the assembled box would be 5 scale inches narrow as is.
I added about 2.5 scale inches to each fender. Looks better to me and now the math works out. 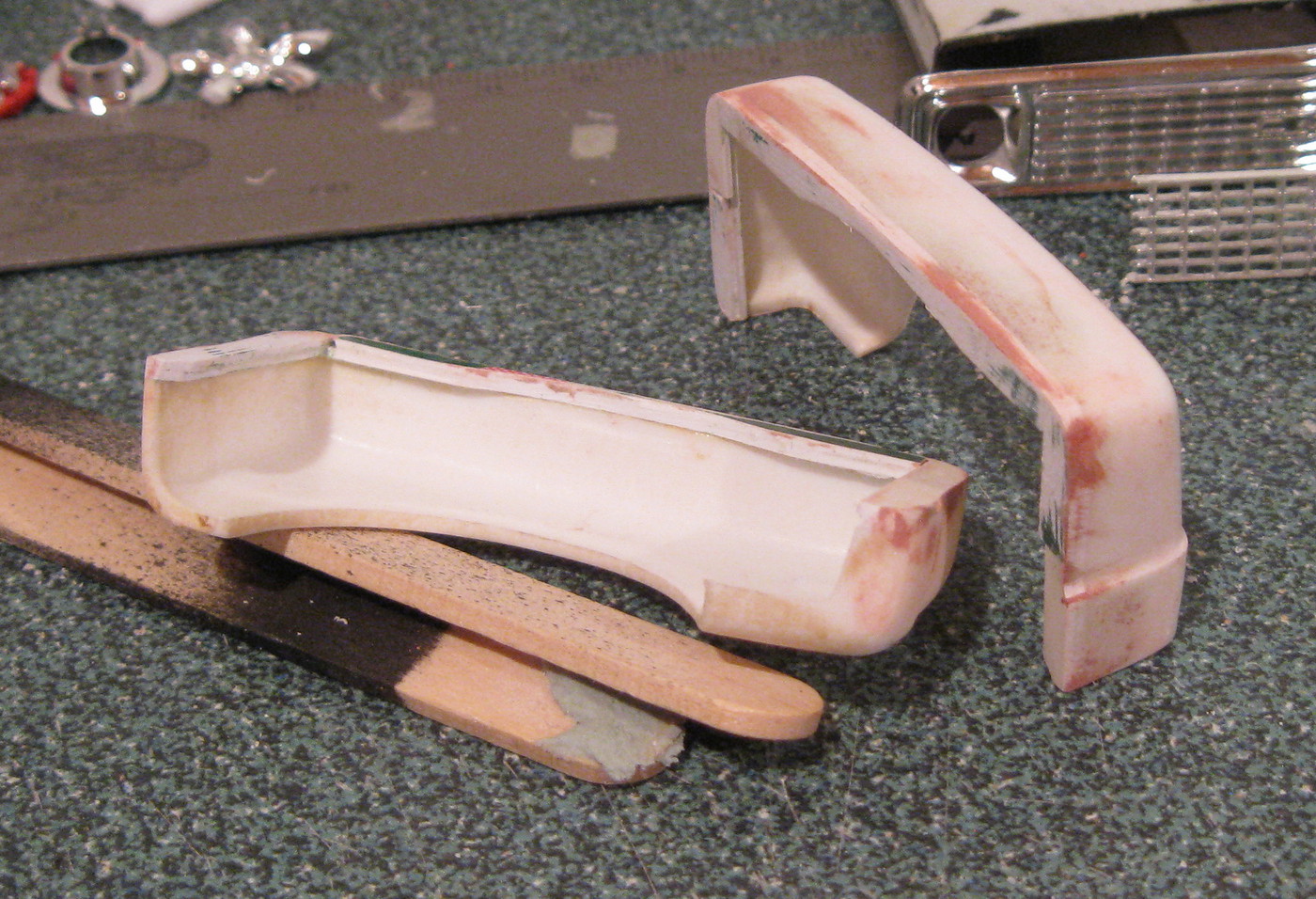