Archive
Return to Index Read Responses
The Moon car was simply a Dragmaster mass produced chassis (the real car ) , there were MANY other engines used. *PIC*
In Response To: Why would they include a Hemi in a Mooneyes dragster kit? Did it ever run a Hemi? *NM* ()

Check it out here:
https://www.facebook.com/groups/246676353335198
These people are very cool and nice, supplied me with some measurements and answered some questions.
There are still tons of Dragmaster chassis out there. There was a "modernized" longer wheelbase version too, basically just front halved with slanted rather than squared off ) front rails. World champ Jim Nelson's "Two Thing" dual engine car was a Dragmaster. Pete Robinson, Danny Ongais (won the Winternationals ) and dozens of other ran the same basic car as the Mooneyes. Nelson even ran a Slant Six in one.
Google Dragmaster! 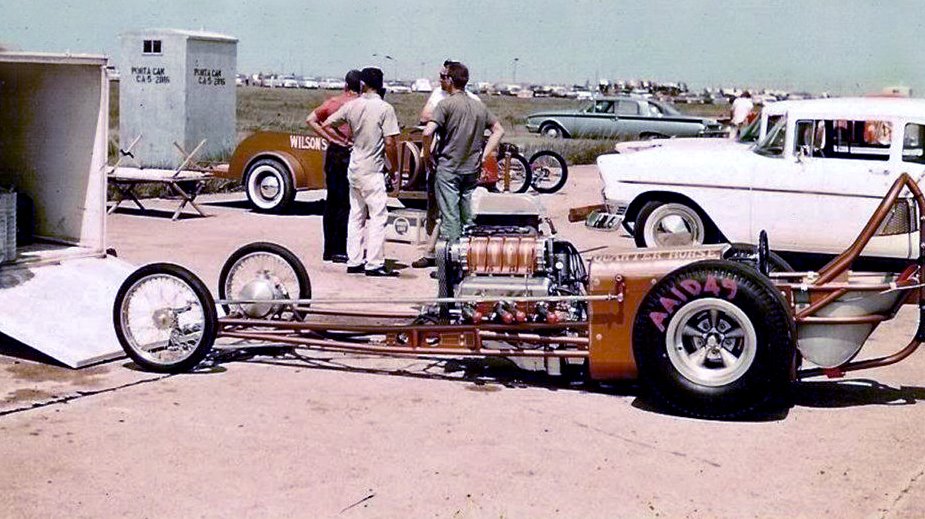