Archive
Return to Index Read Responses
Blast from the past just unearthed.... *PIC*

OK guys....back in the day (1979 to 1983, to be precise) I was building a replica of Jim Jacob's "Pete and Jakes" Closed Cab Pickup. I covered the basic steps, including modifying the roof with a visor, adding the smaller rear window, revising the hood and side panels, and painting in my Street Rodder magazine "Modeler's Corner" column in the June, 1983 issue.

Now moving to the present, during my recent hiatus from writing model car magazine stories, I've been digging out some old, partially completed projects and assessing what would be required to finish them (one dates all the way back to - yep - 1969). One of those is that same Jim Jacobs pickup project. Over the years, the real truck has remained remarkably true to its 1978 configuration, as documented in a color story in Street Rodder late that year and in many magazine and event appearances over the ensuing four decades, indeed it was photographed just earlier this year and showed up in the GoodGuys Gazette looking as good as ever.

Here are the photos I took today of the project, complete with its 1982 (just after painting) masking tape still in place.

I'm not committing to finishing it this year, but one never knows.... 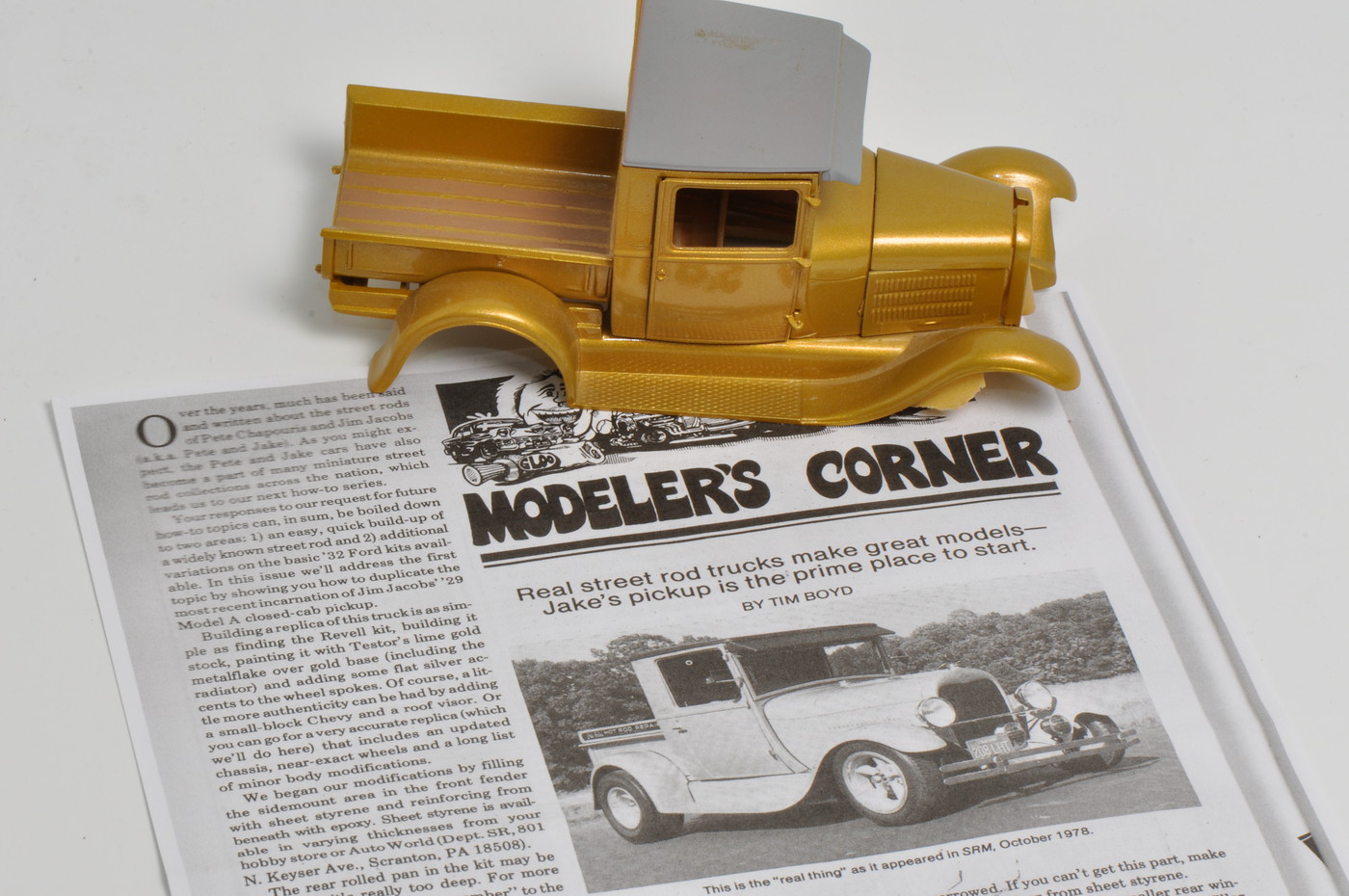 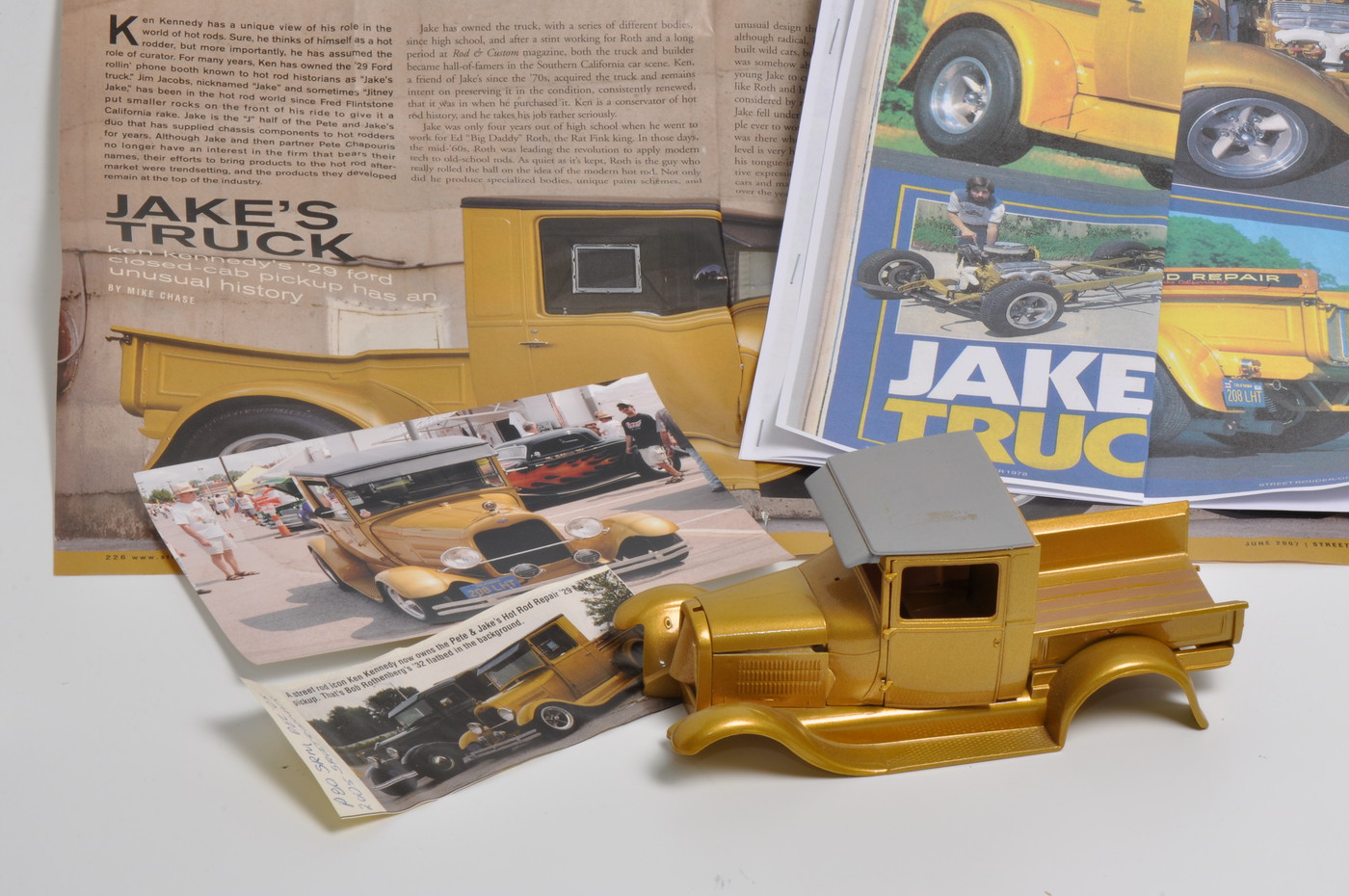