My 1998 Mustang GT coupe. I Bought it new in 1998, all options except auto trans and sunroof. Modified the GT emblems by removing the 4.6 script and painting the "GT" letters black kinda stealthy like, other than that it's stone stock and original just the way Hank and the boy's built it.

It has never been in rain, snow, on dirt or grass and it has only been "wet" twice, two weeks after I bought it in 1998 I washed and waxed it and again in 2011, other than its just been dusted.

Haven't had much to enjoy the car the last 20 years or so cuz I've been working so much. Now that I've retired I plan to make it my summer driver. 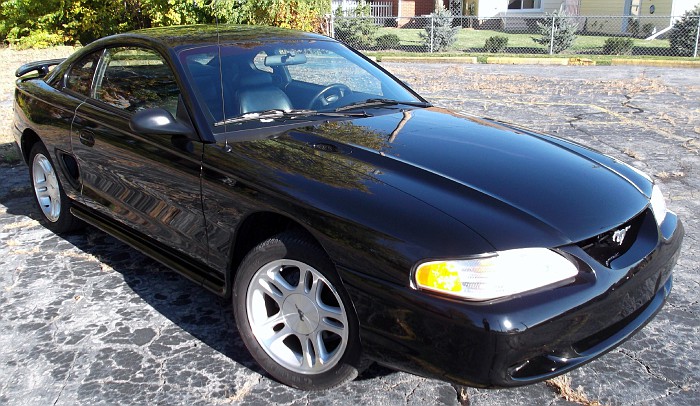